Skip to main content
There is a newer version of Site Studio available. Click here to view the latest documentation for this page.

For simple "brochureware" sites built with Acquia Cohesion, it's possible to build a static version of that site using the Tome module. You are then free to host that static site on simple document storage solutions such as Amazon S3.

Below are the steps to achieve this.

Note that you have the option of generating your static site either via the Drupal UI (for site builders) or using the command line using Drush (for developers and dev-ops). Both options are explained below in sections 3.x and 4.x respectively.

Install tome by running the following composer command. This will download the Drupal Tome module and Tome drush, which is needed for the drush commands.

Next, run the following command in your terminal application to enable Tome.

Or navigate to Extend on your Drupal site and search for the Tome module and install. This will install the other Tome modules required. 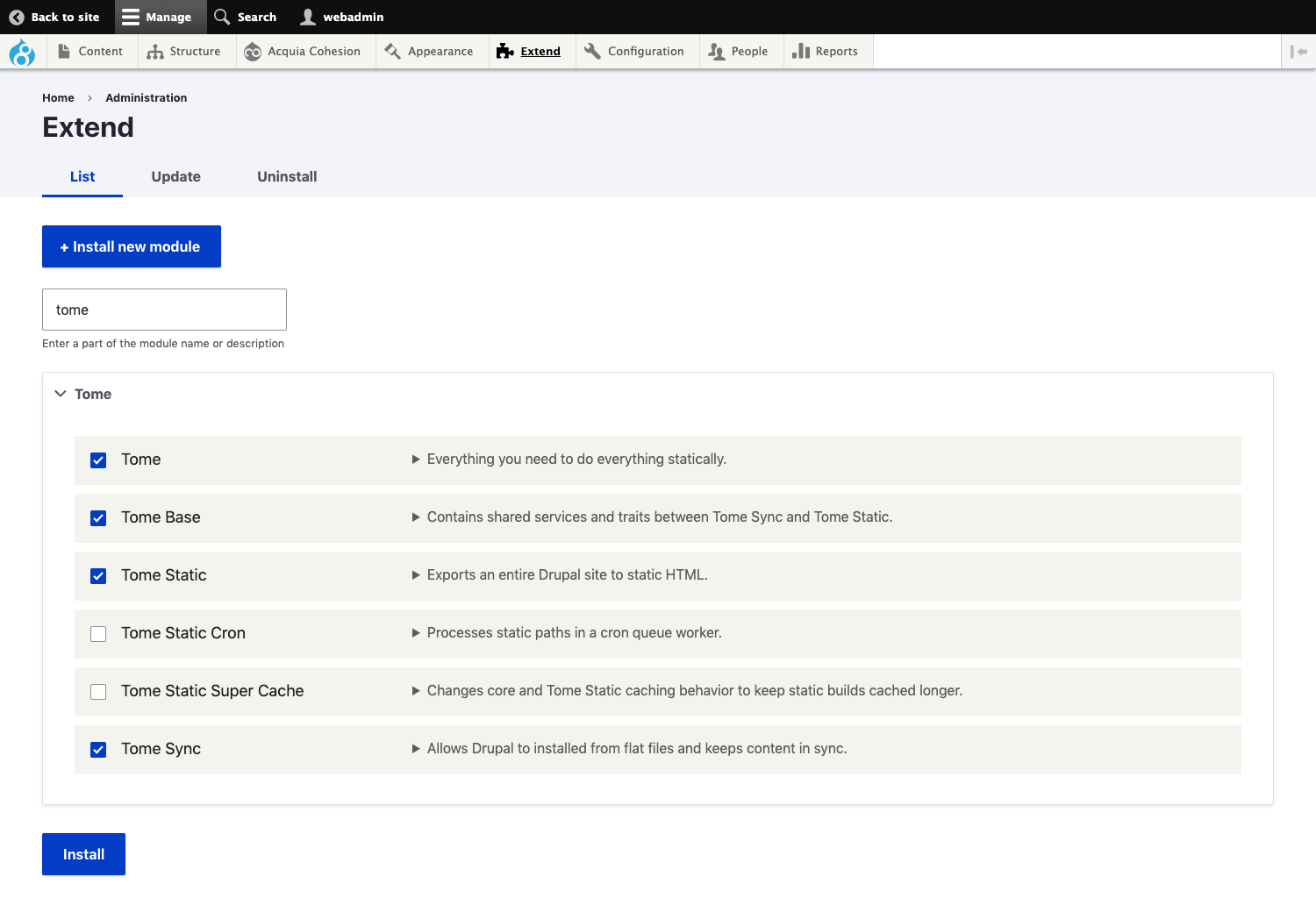 Tome recommends that when generating a static website that aggregation is enabled. 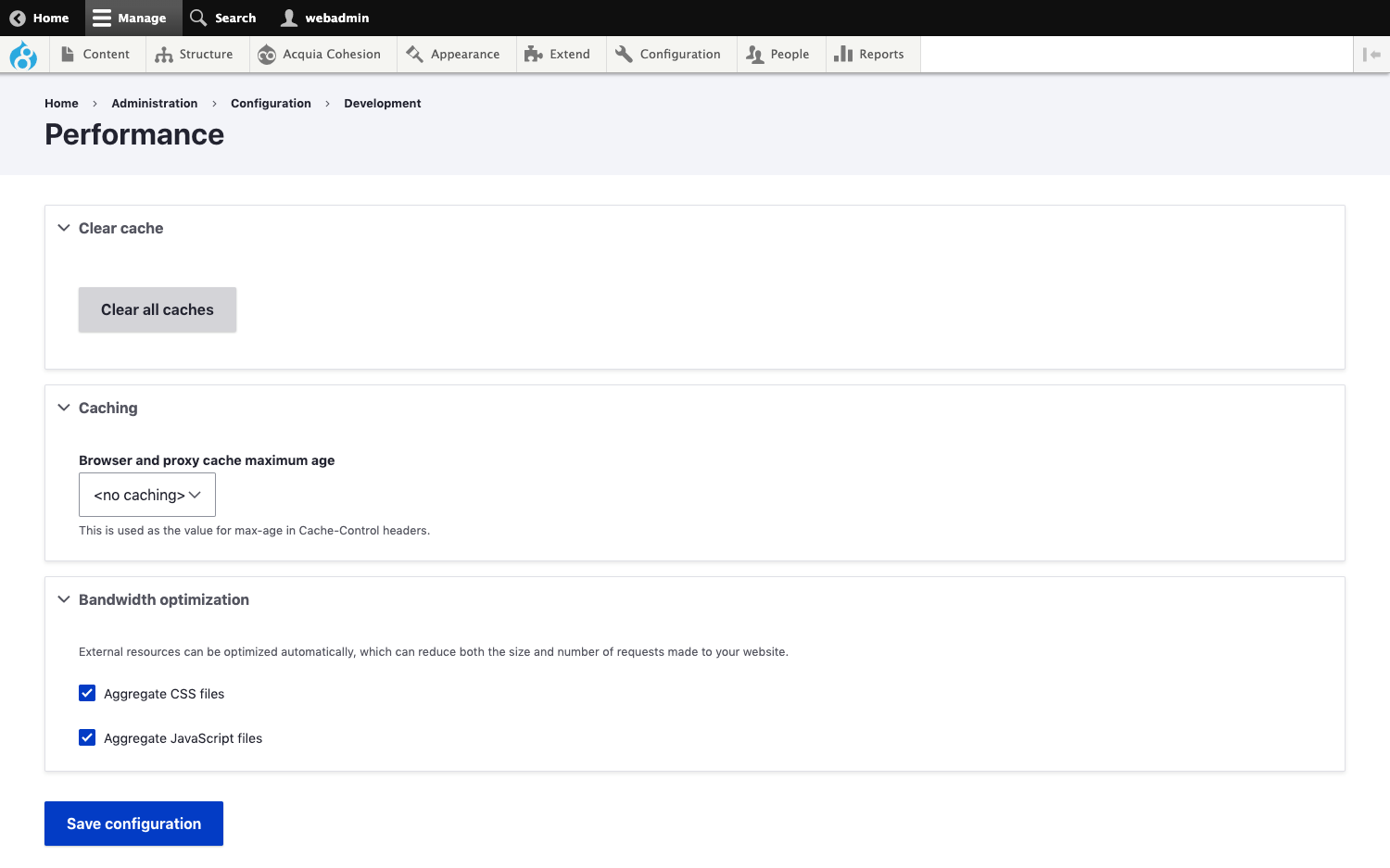 In the Base URL field, input the base URL of your site and click "Submit".

After three sets of progress bars complete, your static site will be have been generated.

You can now navigate to: Configuration > Tome Static > Download static site to download your generated site in .tar.gz format. This file can be unzipped and uploaded to static hosting providers such as Amazon S3.

Step 3.2 - Test the generated site via the UI

Once you have generated a static site via the UI, you can preview the site by navigating to: Configuration > Tome Static > Preview static site

You will see a small overlay at the top of this page which indicates you are viewing the static version of your site and not the standard Drupal front end.

Open your terminal and run the following drush command

Secondly, the assets and paths will be generated.

The generated files will be exported to an HTML folder outside your project root folder. 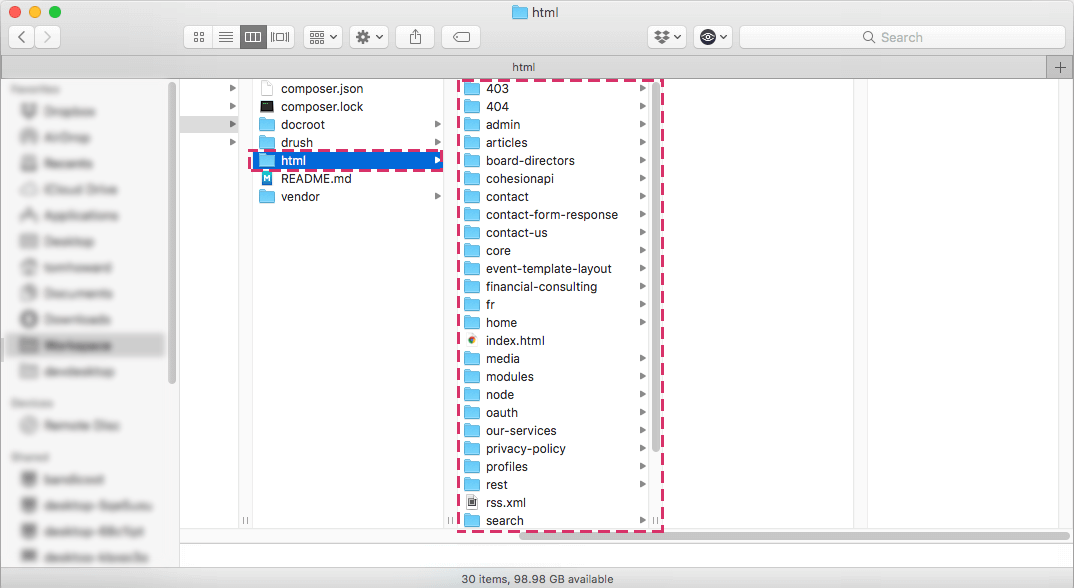 Step 4.2 - Test the generated site on the command line

Open your terminal and navigate to the HTML folder that Tome has created and then run the following command:

This will start a web server and allow you to test the static site at http://localhost:8000/ in your web browser.
Now the static site has been generated, you are free to upload your static site to simple document storage hosting such as Amazon S3. To find out more about Tome, refer to their documentation here.

When building your site to export with Tome, avoid creating views with functionality such as AJAX filters and load more buttons as these will not function correctly on the static version of the website.

To raise a ticket, sign into Acquia Cloud and select Help in the top menu.